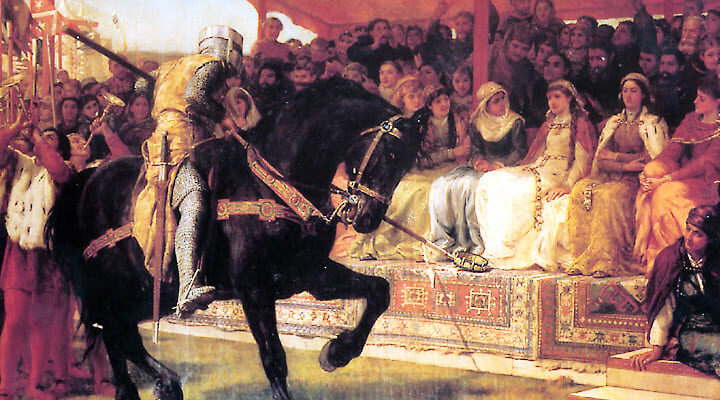 Walter Scott is a famous Scottish writer who wrote the famous adventure novel “Ivanhoe”, which became the most popular novel in the world. His works contain a vivid combination of the fantastic and the real, which is impossible not to notice while reading the works. The author always tried to more clearly demonstrate the moral values ​​of his characters, to reflect the then life and customs of the English people and was able to combine historical truth with artistic fiction. The best work of his artistic work of all time is considered “Ivanhoe”, where the main character is an ideal knight, about whom I would like to express my own thoughts.

To be honest, from the very beginning I didn’t like foreign literature at all, because reading some novels and just books was quite boring for me personally. But one day I met a friend of mine who told me about an adventure novel about the Ivanhoe knight with such enthusiasm that I just couldn’t resist reading it. My acquaintance with the main character began directly through the biography of the author and his other works of art, but I decided to focus on the Ivanhoe knight.

The main character of the work appears before us in the image of an ideal hero, an ideal knight, a friend and a lover. I believe that most girls dream of such a future husband, who contains everything necessary for full-fledged female happiness. Its ideality was confirmed by many factors that cannot be ignored. In addition to his appearance, Ivanhoe had a huge number of different feats and relationships with the people around him. I believe that with my evidence I will be able to convince the majority of readers that his character was perfectly expressed in the work. And he himself as the hero of the work is perfect.

READ:  Essay on the topic "Beauty will save the world"

The appearance of the hero is the most important reason for his ideality, which was described by Walter Scott. The hero himself was at that time a young knight, the son of the famous Saxon noble Sir Cedric of Rotherwood. The acquaintance with Ivanhoe begins at the moment when the character returns from the Crusade, where he accompanied King Richard the Lionheart.

So what about the description of the appearance of our main character Ivanhoe? He was short, about the height of an average male in England, about twenty-five years old, with a tanned face and thick, short blond hair, and most importantly, he had curls. Well, isn’t it an ideal option for any girl who is looking for a future husband? Personally, I liked his appearance so much that I couldn’t tear myself away from the book, because I constantly imagined his image in front of me.

The second reason for his ideality should be considered his character traits, which should be inherent in any guy in order to like the most beautiful girl on the planet. Ivanhoe was a brave, determined and noble young man. His honesty and dignity, devotion to his king, bravery in the fight against criminals who encroached on the throne made him a valid ideal for anyone. It was such character traits that spoke of his honor, which he had no right to sully. Although the main character lived a short life, but he was remembered by all his repeated exploits, which were aimed at justice and love, and therefore – he is a real hero, and to be honest – an ideal knight, who could be a shining example of the noble top of the time society.

READ:  Essay on the topic "What is happiness"

The third and final reason for his ideality for any reader may be his relationship with the people around him, namely, with other characters in Walter Scott’s novel. Like any person in this world, he was loved and respected by far from all the heroes, but no matter what, they still admired his knightly honor, courage, bravery and courage.

To be honest, Ivanhoe can really be considered a knight who symbolizes courage, bravery and idealism in everything. His devotion and love for the lady can also be attributed to the best qualities that Walter Scott put into this image. I am sure that most of the girls who read this essay will try to find such friends and lovers in the future, because it is ideal.

I believe that there are very few such people left now, because the world is changing and the relationship between boys and girls has become increasingly worse than it was in the society of that time. But I believe in the best and believe that any guy should be an example for his girlfriend and the future generation.

Therefore, I believe that the Ivanhoe knight, the main character of Walter Scott’s adventure novel, should be considered ideal, because he absorbed the characteristics of a person from whom an example should be taken. I truly believe that this is how Walter Scott demonstrated that these are the kind of guys that should be around the best girls in the world. I think that only proper parenting can raise such an ideal boy in today’s world as Ivanhoe presented us. 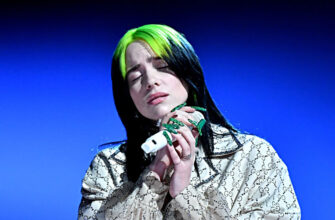 songs
The meaning of the song «The 30th» by Billie Eilish
Billy Eilish is a rising star in the global music industry.
0 39

Films
“Southbound” movie explained (meaning of the plot and ending)
When traveling to the southern United States, make
0 197 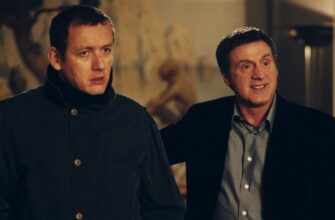