Meaning of the movie “After My Death” 2022 and ending explained

The South Korean film, directed and written by Kim Eui Suk, “Sinful Girl” or “After My Death”, was created in a wonderful genre of detective and drama. Directors and screenwriters from South Korea love to combine seemingly completely incompatible genres.

There is nothing like that at the beginning of the movie. An ordinary high school, the teacher introduces a student who, for some reason, could not attend classes for a long time. Absolutely standard situation. That’s just, the girl can not speak and is explained in sign language.

The film then introduces high school students Kyung Min and Young Hee. The girls met in a cosmetics store. Young Hee, due to lack of funds for the purchase, came up with a plan of action on the go. She approached the sales assistant and complained about Kyung Min who recently entered the store. What exactly was said is unknown, the main thing is that the seller was distracted. Ah Yeon Hee successfully pocketed the makeup. After that, both girls meet at the station.

The next day, Young Hee is sitting in the teacher’s room talking to his homeroom teacher. He writes down all the girl’s answers to the questions he asked. Kyung Min disappeared and Yeon Hee was the last person to see her. The police are already looking into this case, but Yong-hee insists that he is not involved.

On the same day, an unknown woman comes to the store and buys a large tent, at the moment of loading the goods into the car, someone called her. The woman was very annoyed at the conversation. On the way, the woman vomited.

READ:  Meaning of the movie “Cleaner” and ending explained

The next moment, we are shown detectives who are working on the case of a missing high school girl. They put forward a version of how the girl could jump off the bridge, since the backpack was found there. Investigators explain everything to the parents of the missing girl. The woman shown earlier is Kyung Min’s mom.

From the conversation between the headmaster and teachers, more became known: Kyung Min from a prosperous family, studied well, but she had problems in communicating with her peers. The class teacher also noticed that the girl listened to depressive music.

The moment that brought us back to the past turned out to be very curious: Yong Hee and Kyung Min were connected by a closer relationship than friendship.

During a survey of students, it turned out that the missing student was not friends with anyone, but kindly helped her classmates in their studies. But the detectives already have a hunch: Young-hee was seen on the security cameras, who was walking near the crime scene. Unfortunately, more information was not available, as the most important camera was disabled. Based on this, it can be assumed that the girls quarreled. Kyung Min decided to alleviate her suffering, not in the best way. But where is the body?

Yong Hee was summoned for interrogation. She said that she was close to the missing girl, but last year they grew apart. And on the day of the incident, they met by chance. The girl decided to just say hello as Kyung Min looked sad. Later, they went to a concert, along with another classmate. Returning home after a walk, Yong Hee and Kyung Min left before their stop to get some fresh air, and the third girl did not want to go with them.

The detective begins to put pressure on the girl, but she denied everything. As a result, her friend, the same third girl who was with them that day, tells her version, where she accuses Yong Hee of helping to induce Kyung Min to leave the world.

Noh Young Hee said this as a joke. Kyung Min, that day, said that she loved her madly, and Young Hee decided to make a stupid joke, saying: “Will you jump into the river for me from the bridge?” – but the detective knew that the girls that day were still close, because everything was caught on camera. Then the girl quotes the words of the disappeared girl: “I am not afraid of death. Isn’t it expensive that one day this will all end.” Then Yong-hee, in order to support the girl and calm her down, talked about how she would end her life – she would be driven down from the bridge.

READ:  Meaning of the movie “Stigmata” and ending explained

The detective lets the girl go and she leaves to try to find Kyung Min, as she is convinced that she would not have had the courage to leave. The missing student’s mother is following the student, and the girl tells her that she will find Kyung Min. The search ends in nothing.

The girls’ classmates decide to have a “dark” session for Yong-hee and find her at home. During the scuffle, Yong-hee is severely beaten by her classmates, then they run away.

The next day, the detectives say that they are finishing the investigation, as they are being pressured by their superiors, and the case will be closed. The mother is inconsolable. Husband and wife quarrel over how best to cope with the death of their daughter. 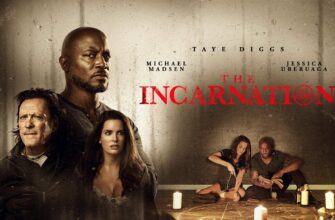 Films
Meaning of the movie “Incarnation” and ending explained
In 2022, the premiere of the film “
0 228