Meaning of the movie “Fresh” and ending explained

Noa is young, beautiful and quite successful in her career. Only one thing in her life does not stick in any way – she cannot arrange her personal life. Week after week, one date after another, hundreds of messages on the dating app waiting for a response, but all to no avail. After another unsuccessful date, the girl almost decides to put an end to further searches – until a chance acquaintance with an eccentric but sweet middle-aged guy in the vegetable department of the store changes her whole life abruptly and irrevocably …

The meaning of the film “Fresh”

If it were necessary to come up with just one short description for this film, then the proverb “the way to a man’s heart is through his stomach” would be the perfect definition of everything that will happen on the screen for the next two hours. And a lot of things will happen, mostly disgusting.

However, the film begins as a typical melodrama of the middle hand. Shots with the main character, Noah (played by young British actress Daisy Edgar Jones), as she sits in a car waiting for her next date, can set the viewer up for anything, but not for a blood-chilling psychological horror movie. For Noah, this is just another attempt, which, as she is initially sure, is doomed to failure. And so it happens – only a short conversation over dinner about the taste habits of a new candidate for her hand and heart, Chad, is enough to understand that she and him are not on the way at all. The mention of taste habits, by the way, is more than an ironic hint to the viewer about the gastronomic perversions that await the main character ahead. “You are what you eat.” To understand the terrible meaning of this saying Noah and the viewer has yet to.

READ:  Meaning of the movie “Iron Doors” and ending explained

From the very beginning, the film also provides the viewer with the opportunity to look at the world from a feminist angle – Noah has no relatives, but there is a best friend, African-American Molly, who follows the motto “I can do it” in everything. Noah tries to take an example from her as a strong and independent woman, in a sense, Molly even replaced Noah’s mother.

However, no amount of female solidarity and support will help Noah resist the charms of a charming, slightly shy stranger. She meets Steve (played by Sebastian Stan) – that’s his name – by chance in the store and over casual chatter about grape varieties and other nonsense, Noah flares up a great sympathy for his new acquaintance. Excessive romanticism and naivety is her big difference from a sensible and practical friend, and this is what will play a cruel joke with Noah.

Noah has a date and a wild night with Steve, unaware that the guy is literally a young girl’s flesh dealer. He himself is not averse to sometimes feast on their tender meat. Despite her friend’s fears, Noah goes with him out of town, where a prepared cell room is already waiting for her.

The atmosphere of the film gradually begins to build up – vague half-hints, vague gestures, and like a cherry (or even a grape) on a cake – no doubt a human tooth in a painting in the living room, which Noah accidentally notices. Steve’s house scares her – the prison house, the operating room house, the huge refrigerator house; he himself begins to frighten – but it’s too late, the cage with the bird has already slammed shut.

Steve has been addicted to human flesh since he was a teenager, and then he realized that he could also earn good money from it. After all, there is a community of rich cannibals like him, who are ready to pay fabulous money for the opportunity to feast on fresh flesh. Only one condition – the meat must be fresh – and that is why it is in Steve’s interests that the victim live as long as possible.

In the prison room, a dumbfounded and exhausted Noah learns about the existence of at least two more living captive girls. Here again, the feminist overtones are clearly manifested – Noah, despite all the poverty of her situation, is trying to cheer up, help her friends in misfortune. Having come up with an escape plan, Noah even tries to escape, but the attempt turns out to be a failure – and as punishment, Steve performs the first operation on her, cutting out the fillet from her fifth point.

The film director Mimi Cave draws a feminist view of the role of women in society especially clearly in contrast to the cynical philosophy of the film’s antagonist – after all, he, like popular culture and marketing, is not interested in a woman as a person, he sees in her a product, literally – legs, hips, breasts – just like society – allegorically – has sexually objectified the female body since time immemorial.

The more interesting is the metamorphosis that occurs with the cruel and prudent cannibal, when he makes it clear that for him Noah is something more than just a commodity. Realizing that accepting the rules of the game is her only way out of this nightmare, Noah tries to play the role of a “right girl”, a dream woman who can share his disgusting addiction with Steve. After all, it turns out that one of Steve’s previous victims was able to escape death by becoming his mistress and wife – so why not Noah try? This preamble also contains a more or less clear allusion to the problem of the cruel “male world”, in which, in order to become equal to a man, a woman has to compete with other women – for a man, for a career, for respect. In the film, this rivalry goes to a new, highest level. 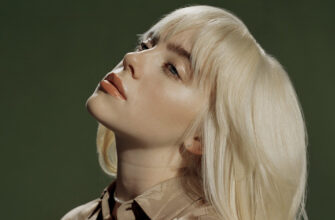 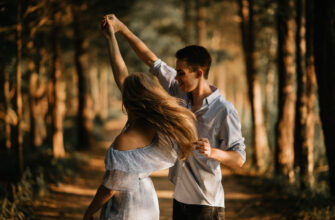 Essay
Essay on the topic “What is love”
Recently, in the Ukrainian literature class, we were
0 88
You may also like