Meaning of the movie “Nocturnal Animals” and ending explained 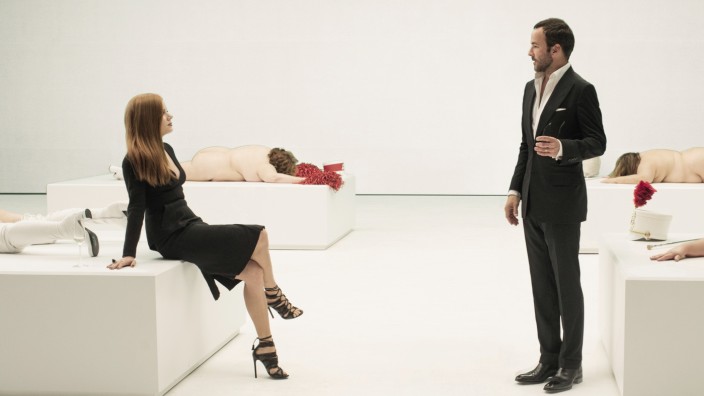 Nocturnal Animals is a psychological thriller created by former fashion designer Tom Ford. It was released on screens in 2016. The audience perceived the story of unfulfilled hopes, disappointment, revenge in different ways. The meaning of the film Under cover of night is not easy to decipher because of the dual storyline. Especially many questions are raised by the ending of the film, which remains a mystery to the audience.

What is the movie “Nocturnal Animals” about?

In the novel Nocturnal Animals, Edward described his own inner world. The story of Tony Hastings is how Edward reflected on Susan’s departure. Susan hurt him as much as she could – she did not believe in his writing talent; she considered him weak; she left him for a man who was his complete opposite; she robbed him of the opportunity to become a father.

For Edward, the pain of losing his wife and unborn daughter is comparable to the pain of Tony Hastings, whose wife and daughter were brutally murdered by night bandits. In addition, the gang mocks Tony’s weakness, and even police lieutenant Bobby Andes initially speaks to Tony with a subtle sneer.

Bobby: I take it the guys didn’t have weapons.
Tony: No.
Bobby: Hmm. It’s clear. So what comes out: someone named Lou took you somewhere in the bushes and threw you out?
Tony: No, he… put me behind the wheel.

In real life, Susan and her mother think Edward is weak, though they don’t directly tell him so. But the most painful thing for Edward is that Susan has a low opinion of his work. “I think you need to write about more than just yourself,” she tells Edward. “All writers always write about themselves,” Edward counters. Nocturnal Animals is his next book about himself, which will become both a recognized masterpiece and Susan’s personal revenge.

While Susan built a family life and developed a gallery she hated, Edward improved his literary skills. He sends the manuscript of his first novel to Susan, who immediately plunges into reading. The story grabs her from the first page. Now Susan has to admit that Edward is indeed a talented writer. Impressed by the novel, she makes an appointment with Edward, who immediately agrees.

Edward invites Susan to point out the meeting place herself. Naturally, Susan chooses a luxurious restaurant that suits her current position. Amid this luxury, she looks especially ridiculous when she orders one shot after another while waiting for Edward. But Edward doesn’t show up. Finally, Susan understands.

READ:  Meaning of the movie “Men” 2022 and ending explained

She could appoint any place, any time. He wouldn’t come.

Brilliantly written, destined for success, Nocturnal Animals is Edward’s revenge on his ex-wife. Revenge for not believing in him was that he was a weak, self-obsessed bad writer. With his novel, he proved to her that his inner world is brighter and richer than the “real” world in which Susan is immersed. He reminded her of the dream she betrayed and made her regret the choice she made twenty years ago.

Painting with the inscription REVENGE

Walking through her gallery, Susan stumbles upon a strange painting – a white canvas with black letters REVENGE (“revenge”). Susan doesn’t remember where the painting came from. A colleague reminds her that she herself purchased the painting several years ago. The meaning of this detail becomes clear only in the finale. Revenge is a central theme in both stories: Tony takes revenge on his family’s killers, while Edward takes revenge on Susan.

The main parallel, of course, has to do with the title of the film and the novel. In the original, they are called the same: Nocturnal Animals (“Night Animals”). Why the film’s translators turned the title into Under Cover of Night is unknown to me.

In the novel, “nocturnal animals” apparently refers to a gang of assassins who attack the Hastings family on a night track. In real life, “night animal” is a cute nickname that Edward called Susan. By bestowing her nickname on a company of robbers and rapists, Edward makes it clear that her departure was no less cruel than a night attack and murder.

There is another, more subtle parallel in the film that has to do with the night. During an argument, Edward tells Susan, “I wrote all night, I wanted you to like it.” Compare this to Tony’s conversation with his daughter:

India: Can we go without an overnight stay? I want it faster.
Tony: Ask your mother, she’s in charge.

READ:  Meaning of the movie “Sick” and ending explained

The real world and the fictional world are very clearly separated in the film. But is the real world so real? Part of the action takes place in Susan’s memory – her memories of Edward have long ceased to be a reality. And what surrounds Susan in the present is too empty and lifeless. Therefore, the world of Tony Hastings seems more full-blooded and real than the world of Susan. This is confirmed by the words spoken by Carlos, a friend of the main character:

“Susan, enjoy the absurdity of our world. So it hurts less. Trust me, there is much less pain in our world than in the real world.”

We have not seen a single line from Edward’s novel, but somehow we know that it is very well written. Of course, Susan herself speaks about this repeatedly, but there are other details besides this. Remember Susan saying to Edward during their argument (referring to his manuscript): “I was just reading and thinking about something else – that’s wrong, right?” Now, the opposite is true: the book fascinates Susan so much that her characters begin to seem like a woman in real life. Now Susan thinks about the book even when she isn’t reading it.

If you think about it, the plot of the book does not seem so exciting: it is a revenge story, bloody and in places repulsive. The only person who can understand the subtext of the story is Susan, but she wasn’t the only one who liked the book. As far as I understand, the strength of Edward’s book is not in the plot, but in subtle psychologism, in skillfully created atmosphere, in realistic landscape sketches. The film cannot convey this directly, but landscape inserts and a very strong background music work to create the same atmosphere.

The meaning of the ending for Susan

READ:  Meaning of the movie “Mr. Nobody” and ending explained

Edward sent the book to Susan for a reason. Once, a beloved reproached the writer that he writes only about himself. The new novel is also about him.

Tony is Edward. Wife Laura personifies the ideal that Susan was for the writer. India is an unborn daughter. In the face of nocturnal animals (bandits Lou, Ray, Terk) appears Morrow, who killed not only their child and family, but also the artist in herself.

Having shown Tony’s inability to protect his loved ones, the writer confesses his lack of courage to save his family. For many years, the hero was tormented by the thought that he did not correspond to the cult of power accepted in society. The result of the torment was a novel sent to the heroine.

Some points that the director focuses on will help to understand the true meaning of the film:

After reading the novel, it seems to the heroine that life has gone the wrong way. Susan goes to a meeting with the goal of changing her life. Some viewers believe that the meaning of the ending of the film Under cover of night is revenge, which is why Edward did not come to the meeting. Others – that the hero simply did not want or could not come.

The true motives of the writer remain unsolved. In Sheffield’s novel, the hero dies. Perhaps by not coming to the meeting, Edward wanted to show that the part of his soul that loved Susan had also died.

The film “Under the Cover of Night”, like many films with meaning, captures thinking people, trying to delve into the essence of the work and share what they see. The film forces you to reconsider your life in order to answer the question – was it possible to live life differently? 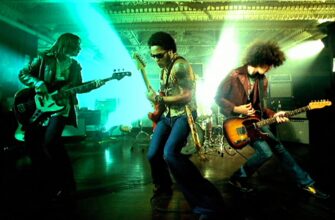 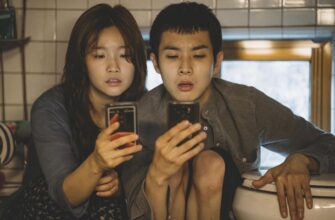 Films
Meaning of the movie “Parasite” and ending explained
After watching the movie, do you have more questions
0 48
You may also like