Meaning of the movie “The Menu” and ending explained

Food is also an art. It can be prepared with grace and imagination. Play with the composition of different flavors or experiment with the display of dishes on the plate. There are people who can pay a lot of money for the so-called fine dining. This group includes Tyler (Nicholas Hoult), who, along with Margot (Anya Taylor-Joy), go on a gourmet dinner to Hawthorne Island, home to a restaurant run by talented and renowned chef Slowwick (Ralph Fiennes).

This event is very exclusive and only a handful of lucky people can take part in it. The group includes Richard (Reed Birney) and Ann (Judith Light), or a wealthy married couple, food critic Lillian (Janet McTeer) with her constant nodding friend Ted (Paul Adelstein), a forgotten movie star (John Leguizamo) with his assistant Felicity ( Aimee Carrero) and Soren (Arturo Castro), Dave (Mark St. Cyr) and Bryce (Rob Young) are three self-confident businessmen. At first glance, they have nothing in common other than a high financial position. However, Chief Slovik sees something more in them.

What is the movie “The Menu” about?

As the restaurant’s wealthy patrons become familiar with the meticulously crafted dishes of chef Julian Slowick and his team, they begin to realize that all is not well. People start dying, and it eventually becomes clear that Slowick intends to kill himself, his entire crew, and all of his clients.

There is only one hitch in his plan: Margot, a client Slowick didn’t plan for. Margo is revealed to be a prostitute who was hired by Tyler, one of the other clients, because his girlfriend broke up with him. Tyler knew that everyone would die at the end of the meal, but he was so desperate to try Slowick’s food that he went and hired Margot anyway because he knew Slowick wouldn’t take him alone.

Margot is not part of Slowick’s plan, so Slowick gives her a choice: she can join the servers or stay with the clients. She eventually joins the server workers, but uses a rare moment of solitude to call for help. However, Slowick has foreseen this turn of events, and therefore she understands that she has fallen into a complete trap.

At that moment, Margo realizes what she must do, and what no guest has done to Slowick in a long time: she decides to send the food back. She tells him that she is not satisfied with his intellectual meals and does not feel any love coming from his food. Instead of his dishes, which are often too gourmet on their own, she orders a plain cheeseburger after seeing a photo of Slowick flipping burgers as a youngster in the ’90s.

He makes a burger and she only eats one bite. She then asks if she can take the rest to leave and he says she can. She sneaks off the island while Slowick prepares his last meal with the rest of the guests, who have earned their doomed fate, at least in Slowick’s opinion.

As Margot boards the boat back to the mainland, we see Slowick and his staff preparing dessert, which is a modified version of s’mores. The patrons are dressed in chocolate and marshmallows, and the entire restaurant is set on fire. Margot, meanwhile, is all alone in the Pacific Ocean when her boat suddenly runs out of gas and she hears a massive explosion. Her only company on the yacht? Leftovers from the chef’s latest creation… a good old cheeseburger. So the final shot of the movie is her biting into a cheeseburger and hearing a faint pop in the distance. 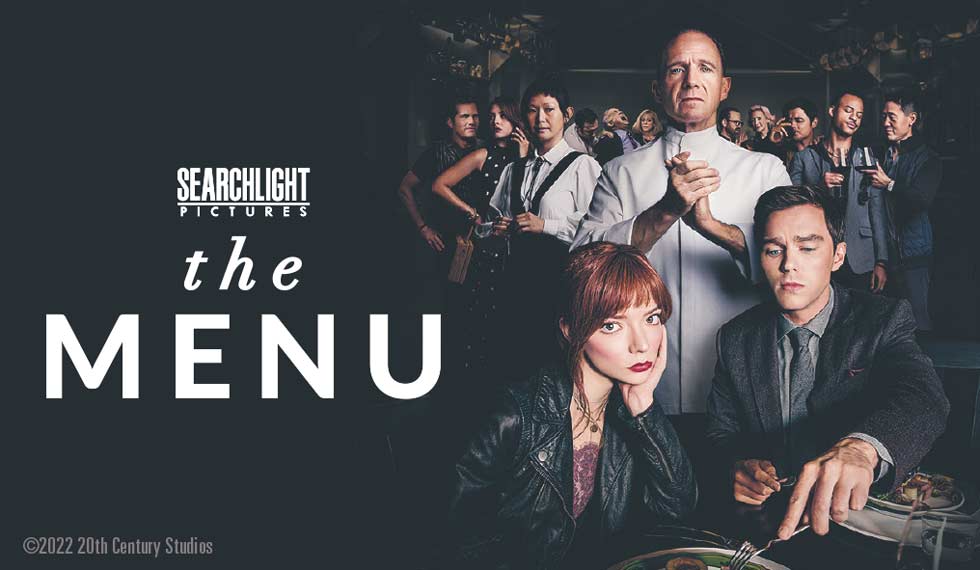 The menu is a very pleasant surprise for me. After the trailer, I was expecting another version of “I’m going to look” – this time with chefs. I was wrong. Director Mark Mylod serves us an original dish. A dark comedy that will pleasantly surprise many viewers. The script of the Reiss and Will Tracy set brilliantly reveals human vanity and the desire of some to belong to the highest (in their opinion, the best) social class. However, they do not comply with the current rules. They do not look at those whom they offend in this process. They are only focused on themselves. They throw out empty clichés to show how educated they are. At the same time, they shower others with insignificant compliments so as not to appear as arrogant people, which, in fact, they are. Each character is beautifully written and remains in our memory. It doesn’t disappear when the credits roll.

The main plot may not be overly complicated, but it is delivered extremely gracefully. From the very beginning, we feel that something is happening. There is something wrong here. The atmosphere is getting thicker every minute. In the end, there is a turn to crime. We begin step by step (or, as someone prefers – dish by dish) to find out what is really at stake here. And it’s a very enjoyable process. Milod is in no hurry to open the cards. He mentally torments each of the participants, dressing him with this illusory decency before our eyes.

I especially like the interaction of the guests with the chef. They pay him huge sums of money to serve them food. They know that he is there to serve them in some way, but they are terribly afraid of him. They call it reverence so as not to show their weakness, but the viewer feels their genuine fear. They bounce on their chairs every time he claps his hands. The icing on the cake is all of Ralph Fiennes’ scenes with Anya Taylor-Joy, which were wonderfully written and brilliantly acted. The chemistry between the actors is extraordinary. It’s nice to look at them. Although I have to admit that Nicholas Hoult is not far behind and also gives us a great acting performance.

The menu delights with superb cinematography by Peter Deming, who already in Capone and Twin Peaks showed that he still has the camera-driving feel that we loved in Mulholland Drive. The picturesque Hawthorne Island, which is the dream of every fan of fine food, turns into a scary place after dark. I also like how Deming controls the camera inside the restaurant. This gives the action, taking place in a rather cramped room, a certain dynamics. Added to this is the very atmospheric music of Colin Stetson.

“Menu” is an allegorical film about art and the problems that the creator faces along the way. The creator in this case is the world famous chef Julian Slovik, and the guests of his restaurant are the archetypes of characters that surround any successful author. Thus, Tyler embodies the collective image of an obsessive fan who dreams of meeting an artist and frantically seeking his approval.

Mylod in his film condemns Tyler and people like him. The director does not forget to go through the rest of the types that, most likely, Milod has encountered more than once in his career. Among them are a fading movie star who sold his name for money, and meticulous restaurant critics who get to the bottom of the slightest inaccuracies in the work of cooks and thereby destroy their careers. All of them form an image of a general consumer culture, for which art is just another commodity. Mylod does not agree with this state of affairs, and he speaks about this in his picture. Because of this, the film sometimes feels moralistic, but sometimes it is precisely such films that society needs in order to look at itself from the outside.

The main feature of the “Menu” plot is that the food does not matter at all. Haute cuisine was just an indicator of how much people can revel in vanity in order to travel to a remote island, proving their superiority to themselves.

When Margo realized what Chef Slowick was up to, an idea popped into her head to delay the doomsday. She informs the evil gastronomy genius of her desire for a cheeseburger, knowing that fast food was once Julian’s real passion.

At her own risk, Anya’s character informs Slowick that she overestimated her appetite, asking permission to take the leftover food with her. And surprisingly snobbish Julian agrees, allowing Margot to make the escape.

Why did he spare her?

The directors of the film explain such an unexpected turn by the fact that Julian felt a sense of gratitude when Margot plunged him into the past, where he was truly happy. Did Slowick realize he was being manipulated? Yes, yes and yes again! However, having succumbed, the evil genius got the opportunity to live the last minutes of his life exactly as he always seemed right.

Why didn’t the guests resist?

The thriller “Menu” clearly demonstrated how the awareness of inevitability, coupled with numbness, deprives a person of will. Therefore, the guests of the infernal restaurant had to submit silently, waiting for their turn to leave for the next world.

In the final moments of the film, it is emphasized that Slowick, for all his moral righteousness, is as broken as his clients. They have been destroyed by a culture that loves food for all the wrong reasons, and the only way to save yourself is not to play. Food is supposed to bring joy, and when all you do is think about how to make it fancy, you completely lose the joy.

So, I do not hide the fact that Milod’s film pleasantly surprised me. I did not expect that it would be such a pleasant session that would amuse me, and in some places even scare me. A great option for all lovers of detective stories and black comedy. This is a dish that won’t make you sick. 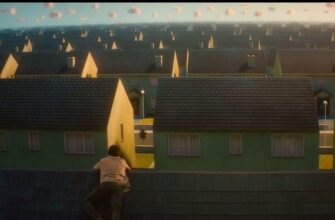 Films
“Southbound” movie explained (meaning of the plot and ending)
When traveling to the southern United States, make
0 195