The meaning behind the song “Brown Sugar” by Rolling Stones

Many may not know about the Rolling Stones band, but the song “Brown Sugar” is instantly recognizable as a fan favorite and a staple of the band’s concert setlists. However, the song’s deeper meaning is more divisive than most people realize. There was so much controversy surrounding the song’s meaning leading to its censorship. So, what does “Brown Sugar” really mean?

Brown Sugar is a song recorded by the Rolling Stones, an English rock band from the 1970s. The song is the lead single from their 1971 album, Sticky Fingers. Brown Sugar was the No. 1 hit song in the United States and Canada and No. 5 of the 100 greatest songs of all time.

The song is credited to Mick Jagger and Keith Richards, who wrote it together as Jagger-Richards. However, Richards confirms that Jagger wrote the song. Brown Sugar was recorded in 1969 but wasn’t released until 1971 because the band members were fighting in court.

Jagger’s inspiration to write the song came from his former girlfriend and mother of his daughter, Marsha Hunt. Billy Wayman, a band member, says that the lyrics were also partly inspired by Claudia Lennar, one of the band’s backup singers who was dating Jagger at that time.

Mick Jagger began writing the song while shooting the movie Ned Kelly in Australia’s Outback. Jagger has been in several films, like Freejack and The Man from Elysian Fields. In an interview with Uncut published in 2015, Jagger said, “I wrote it in the middle of a field, playing an electric guitar through headphones, which was new then.”

READ:  The meaning of the song «God We Need You Now» by Struggle Jennings & Caitlynne Curtis

Brown Sugar was recorded in Sheffield, Alabama, a city known for its rich musical heritage but lacking in modern conveniences, where the band’s record producer, Jerry Wexler, would often send his acts. The Rolling Stones played the song for the first time live on December 6, 1969, at the sad Altamont Speedway concert. During the concert, a Hell’s Angels security guard stabbed one of the fans to death.

What is the meaning behind Brown Sugar?

You might not have heard the racial undertones in “Brown Sugar” if you don’t listen to it keenly. However, a closer analysis of the lyrics reveals numerous somewhat disturbing messages. At first, it’s clear that the song is mostly about the slave trade, with black women being bought, sold, and whipped by a “slave master.”

Brown sugar has received a lot of negative criticism over the years, leading to its censorship. The lyrics, according to fans, are about sex and drugs, specifically white male-on-black females. In this case, “brown sugar” means heroin. From Jagger’s notes while writing the song, he notes, “The lyrics were all to do with the dual combination of drugs and girls.”

A keen look at the lyrics shows that Brown Sugar is a song about slavery. The opening lines, “Gold Coast slave ship bound for cotton fields sold in the market down in New Orleans,” refer to women being bought and sold for slavery. “Skydog Slaver knows he’s doin’ all right.”

Hear him whip the women just around midnight—it” sounds like slaves being beaten by the slave master.

The song’s chorus, “Brown Sugar, how come you taste so good, Brown Sugar, just like a young girl should,” repeatedly refers to a black girl tasting as good as brown sugar, which in this context means heroin. These lyrics clearly state that the song talks about African women being sold into slavery on the New Orleans plantations and forced to engage in non-consensual sex with their masters.

One possible interpretation of the lyrics “Scarred old slaver know he doin’ alright” is presented in Keith Richards’ autobiography Life (2010). While “Skydog” was a common nickname for Duane Allman, a regular at Muscle Shoals, because he was always high, “Skydog Slaver” is more likely what Jagger was actually singing.

During one of Oliver Stone’s interviews, Jagger confesses that Brown Sugar lyrics could have so many lewd meanings. He adds that the song’s ambiguity was intentional and led to its massive success. However, Jagger changes his tone in another interview and says, “That makes it the whole mess thrown in. God knows what I’m on about on that song. It’s such a mishmash. All the nasty subjects in one go. I never would write that song now.” When asked why he felt that way, Jagger said, “I’d probably censor myself. I’d think, “Ohh God, I can’t. I’ve got to stop. “I can’t just write raw like that.”

One of the band members, Keith Richardson, seemingly disagreed with the song removal. His comments were, “I don’t know. I’m trying to figure out with the sisters quite where the beef is. Didn’t they understand this was a song about the horrors of slavery?” adding, “I’m hoping that we’ll be able to resurrect the babe in her glory somewhere along the track.”

READ:  The meaning of the lyrics to “The A Team” by Ed Sheeran 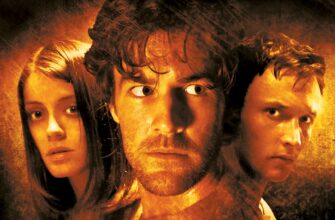 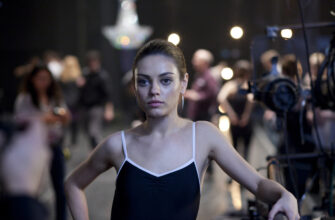 Films
“Black Swan” movie explained (meaning of the plot and ending)
Nina, a young and upcoming ballerina, is chosen to
0 282 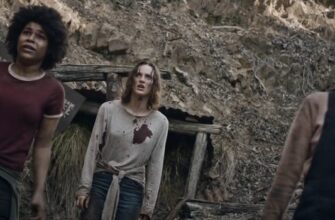 Films
Meaning of the movie “Furies” and ending explained
The film was released in the genre of horror, mixed
0 147