The meaning behind the song lyrics “Bohemian Rhapsody” by Queens

Bohemian Rhapsody is a popular song released by a British rock band, Queen. The band and its co-producer, Roy Thomas Baker, recorded it at five different studios in 1975. The song parodies opera music with distorted Italian and sarcastic recitative phrases, including bombastic choruses.

The late Freddie Mercury, the songwriter, never gave a clear explanation for the song’s meaning. Band members Brian May on guitar, Roger Taylor on drums, and bassist John Deacon have kept their songs’ meaning a secret, leaving fans to continue speculating.

In an interview Freddie Mercury, the lead singer and songwriter, said, “It is one of those songs which has such a fantasy feel about it, and I think people should just listen to it, think about it, and then make up their own minds as to what it says to them.”

Who Does The Song Address?

This song addresses all the people with regrets in life, and it also addresses things that people go through that are hard to let go of.

In his line, “No escape from reality. Open your eyes. Look up to the skies and see. I’m just a poor boy, I need no sympathy.” Mercury gives a glimpse of the despise poor people go through in a modern society that lacks sympathy.

Origin of the name Bohemian Rhapsody

Bohemian refers to an unusually artistic and free spirit. It’s a group of musicians and artists who lived in the 19th century and were known for being free-spirited and different from the Czech bohemian culture. Rhapsody is the Greek word for a piece of classical music that has different parts played as one movement. It includes a lot of heavy stories and themes.

The lyrics mention Scaramouche, meaning a 16th-century stock clown character who brags but is afraid; Fandango, a fast-paced, lively dance from Spain and Portugal; Galileo Galilei, an Italian physicist, and astronomer; Figaro, a French play by Pierre Beaumarchais; Beelzebub, a philistine god; and Bismillah, an Islamic phrase that means “in the name of God, the most.

Facts About The Bohemian Rhapsody

The Queen Band: Everything You Need To know.

Queen was a London-based British rock band formed in 1970. The members of the band included:

Freddie, the lead singer, had a piano he used as the headboard for his bed, and when he woke in the middle of the night with a thought in his head, he would jump on the piano and begin writing. It was on this piano that he wrote the famous Bohemian Rhapsody.

Though Queen’s record company was very reluctant to issue “Bohemian Rhapsody” as a single because it was unique and different, the band members insisted on its release. Despite the fact that “Bohemian Rhapsody” exceeded the three-minute running time expected of most single releases.

It outperformed all other three-minute single releases, regardless of it being six minutes long. Earning Freddie Mercury an Ivor Novello Award for songwriting. The “Bohemian Rhapsody” opened its celebrated Live Aid set in July 1985 and increased its popularity vastly.

In 2004, the “Bohemian Rhapsody” song was inducted into the Grammy Hall Of Fame for being the best-selling single of all time. In December 2018, Mercury’s outstanding vocal performance was named by the readers of Rolling Stone magazine as the best in rock history.

The “Bohemian Rhapsody” was officially proclaimed as the world’s most-streamed song of the 20th century, with more than 1.6 billion listens globally across Spotify and all other major streaming services. On July 21, 2019, The “Bohemian Rhapsody” Video broke the internet’s record for one billion views in only Seven months.

In 2021, it was certified diamond by the Record Industry Association of America (RIAA). Surprisingly, this queen band single continues to gain popularity 47 years after it was first released.

What is the meaning behind the song “Bohemian Rhapsody” by Queens

Despite many being asked several times, Mercury remained tight-lipped about the meaning of “Bohemian Rhapsody.” In one of Freddie’s interviews, he says “it’s just about relationships” with a bit of “nonsense in the middle.” The other band members have also never come out clearly about the song’s meaning.

In one interview, Freddie says he doesn’t know the meaning, adding that revealing the song’s meaning would make it lose its “mystique.” He added, “I don’t like to explain what I thought when I wrote a song.” In another interview, Freddie tells his fans, “It’s one of those songs that has such a fantasy feel about it. “I think people should listen to it, think about it, and then make up their own minds about what it says to them. Bohemian Rhapsody didn’t just come out of thin air. I did a bit of research, although it was tongue-in-cheek and mock opera. Why not?”

Brian May, a band member, says that Freddie was looking for a way of reinventing himself, adding that he may have been moved to write the song because of his own problems. Other band members say that Bohemian Rhapsody is based on the Faust legend, a story about a German astrologer who sells his soul to the devil in exchange for power and knowledge.

There have been many interpretations as to the meaning of Bohemian Rhapsody. Fans have concluded that the song was Freddie’s “coming out,” a song about being gay and breaking up with his ex-girlfriend Mary Austin. The lyrics “Mama just killed a man” and “Put a gun against his head, pulled my trigger, and now he’s dead” could be interpreted to mean that the old straight Freddie is no longer with us and that he is attempting to live with the new.

From the lyrics, it sounds like Freddie is feeling bad about cheating on his fiancé with another man and is disturbed about it. He also expresses his fear of judgment because of his bisexuality. The band’s lead guitarist, May, says, “Freddie was a very complex person: flippant and funny on the surface, but he concealed insecurities and problems in squaring up his life with his childhood. He never explained the lyrics, but I think he put a lot of himself into that song.”

Other fans have interpreted the song as a murder tale. He confesses to his mother through the lyrics, “Mama, I just killed a man, put a gun against his head, pulled my trigger, now he’s dead,” that he killed a man for unknown reasons. He then expresses his regret by saying, “Mama, life had just begun, but now I’ve gone and thrown it all away. Mama, oh, I didn’t mean to make you cry.”

Despite the suspense of leaving the meaning out of the “Bohemian Rhapsody” song, one thing is for sure, people love this song dearly and especially the millennials. Rock lovers, too, cherish this song.

Forty-seven years down the line, this one-of-a-kind song by the Queen band outshines even songs of the 21st century that cannot break its firm record. If there is one thing “Bohemian Rhapsody” clearly states is uniqueness.

The 20th century had a rule for single releases to be a maximum of three minutes, but “Bohemian Rhapsody” was six minutes long. Despite the predictions of its poor performance due to “breaking protocol,” this song was an astounding hit.

One life lesson that can be learned from the song “Bohemian Rhapsody” is that it is not a bad thing to be different and to do things differently despite the time frame you find yourself in. This song was produced in the 20th century, but due to its uniqueness, it was clearly a masterpiece created ahead of time for the 21st century and centuries to come.

Lastly, “Bohemian Rhapsody” reminds us that there is always no need to explain our actions. Just like the lead singer and songwriter Freddie said, “I think people should just listen to it, think about it, and then make up their own minds as to what it says to them.”

What a profound statement! Sometimes in life, it is best to let people listen, think however they want to, and come up with their own personalized conclusions.

Is this the real life?Is this just fantasy?Caught in a landside,No escape from realityOpen your eyes,Look up to the skies and see,I’m just a poor boy, I need no sympathy,Because I’m easy come, easy go,Little high, little low,Any way the wind blows doesn’t really matter toMe, to me

Mamaaa,Just killed a man,Put a gun against his head, pulled my trigger,Now he’s deadMamaaa, life had just begun,But now I’ve gone and thrown it all awayMama, oooh,Didn’t mean to make you cry,If I’m not back again this time tomorrow,Carry on, carry on as if nothing really matters

Too late, my time has come,Sends shivers down my spine, body’s aching allThe timeGoodbye, everybody, I’ve got to go,Gotta leave you all behind and face the truthMama, ooohI don’t want to die,I sometimes wish I’d never been born at all.

I see a little silhouetto of a man,Scaramouch, Scaramouch, will you do the Fandango! 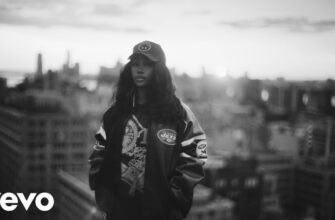 songs
The meaning of the song «Nobody Gets Me» by SZA
The soul track was released in December 2022.
0 169 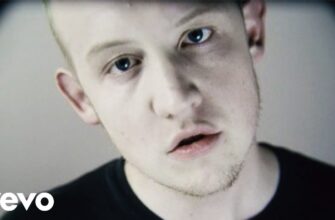 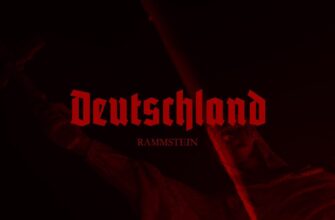 songs
The meaning of the song «Deutschland» by Rammstein
Some consider this song a masterpiece. Others call
0 117