The meaning of the lyrics to “Daddy Mummy” by Bhaag Johnny

Run Johnny (Bhaag Johnny) is a famous modern Indian film, which is accompanied by numerous colorful songs and dances. Director Shivam Nair has been in cinema since 1996, the man has only eight films so far, however, given the potential and ability to interest the audience, Shivam has everything ahead.

The history of the film and song Bhaag Johnny — Daddy Mummy

Janardan Arora from Bangkok, aka Johnny (Kunal Kemmu), is engaged in illegal activities that his boss Ramon Bakshi (Manasi Scott) notices. Soon the girl begins to blackmail her ward. She warns the young man that if he does not kill Tanya (Zoya Morani), she will expose his fraudulent operations and turn the young man over to law enforcement. After such a harsh condition, the life of a young man becomes unbearable.

Johnny is sent to Pattaya to find and kill Tanya. Just then, a genie (Vikram Bhatt) mysteriously appears and grants Johnny the privilege of living two different lives at the same time for the next 72 hours to decide if he wants to kill the unknown girl or not.

Thus begins two parallel stories that unfold simultaneously. In the first case, Johnny kills Tanya, and in the second, the young man saves the girl, risking his own life. As the second plot develops, the young guy falls in love with Tanya, saving the life of a young beauty. In the first case, after killing the girl, the hero is forced to take up arms more than once, saving his own skin. However, in a life of villainy, fate brings Johnny together with a girl named Mandana Karimi, who also evades the police.

Near the end, both Johnny’s paths cross and the genie pauses, asking the young man which life he would choose. Genie points out that bad Johnny has money and good Johnny has Tanya. Johnny chooses good, choosing to give up wealth. Soon the young man realizes that he made the right choice, because, having killed the girl, the hero would not have lasted long, even having a large amount of money on his hands.

READ:  The meaning of the song «telepatía» by Kali Uchis

The real culprits of such a difficult situation – Ramona Bakshi and her henchmen, including a corrupt police officer (Mukul Dev) are eventually arrested by the police.

In this film, a significant role is played, firstly, by background music, which undoubtedly attracts the attention of viewers and listeners. And secondly, two good tracks, such as “Daddy Mummy” and “Iss Qadar Pyar Hai”, which give you the opportunity to relax while watching a movie that keeps the audience in suspense almost until the very end.

As mentioned above, at some point in the film you can see a rather incendiary song called Daddy Mummy. The song begins quite unexpectedly, after Johnny meets a certain man who hands the young man an envelope with a photograph of Tanya. The girl stops at the hotel where the main character arrives.

Having taken a photograph, a small dialogue is started between the men, during which Johnny tells the interlocutor that he does not believe in love and does not want to admit any feelings, remaining a convinced bachelor.

In the clip, a charming girl of model appearance, and in a rather revealing attire, dances to incendiary music. The song contains lines such as: “Throw back the curtain of shame”, “We stick together like gum” and “Dad and Mom are not at home.” 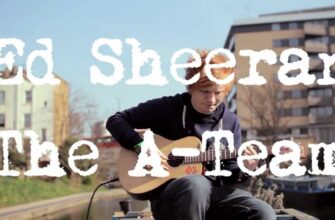 Essay
Essay on the topic “Can selfies replace family photos?”
Photos are something that contains a huge number of
0 63 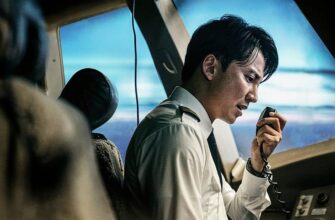 songs
The meaning of the song «Sex And Candy» by Marcy Playground
“You are my sweet candy!”
0 29
You may also like