The meaning of the lyrics to “Vincent” by Don McLean

The song “Vincent” refers to Vincent Van Gogh who lived in 19th century. He was one of the most popular painters in the century. The song talks about the biography of this artist. The song focuses on a particular period of the Vincent’s life, especially when he suffered from mental illness. The writer McLean chose to write about this particular period of the artist’s life because he too was suffering from mental issues.

The writer sympathize Vincent and his condition throughout the song. The personification used by the writer is simple extraordinary. Let us look into the meaning of the song in this article.

The first verse of the song starts by describing the palette of the artist. Vincent is known for his night sky drawings. McLean accurately points Vincent’s style of drawing in the first line. He says that drawings of Vincent are about the night sky filled with stars. Vincent uses blur and grey to create his night sky. This is why the writer chooses the colors blue and grey to fill the palette of the artist.

The paintings of Vincent were mostly about the night sky. McLean says that the artist never chose to draw colorful sunlight paintings. May be this was because his life was dark. He was alone and did not lead a happy life. There was darkness in his soul. His mental illness is not allowing him to lead a happy life.

These verses refer to the famous works of Vincent. “Shadows on the hills”, “Daffodils” and “Sketch the trees” are all famous paintings of the artist. In all these paintings, Vincent would have depicted the motion in these natural forces. Such a great artist he was.

The writer says that Vincent was capable of catching the breeze and putting it in his drawing. He was able to depict the movement of natural forces so beautifully that they looked real. In the above drawings, Vincent had depicted the chillness during winter, the breeze in the mountains and the colors of the snow so beautifully. They all looked real.

“Now I understand….they will listen now”

These are the chorus in the song. The chorus is simple and easy to understand. The writer says that he is now able to understand what Vincent went through. The writer is facing the same mental illness just like Vincent. That is why he understands him.

Vincent wanted to free himself from the illness. He fought his best to free his thoughts. However, he didn’t know to teach his thoughts an escape route.

Vincent created several art pieces of still lives like flowers. His flowers had vibrant colors. However, they bloomed at night. Though colorful and beautiful, his flowers existed only in the dark. By this McLean says that whatever little happiness and contentment Vincent got in life were all in the dark. He means that the drawings he created were the only happiness amidst his mental illness.

Though they were all bright, the society couldn’t appreciate the beauty in his art. For hits reason, his drawings too existed in dark.

Vincent once created his own portrait. He then painted his eyes in China blue. Also his eyes were bright and changed its hue. Meaning, the gradation of the color changed. Vincent loved himself as an artist. For this reason, he wanted to make sure his painting was lively. Eyes speak everything in portrait. And he took efforts to make sure his eyes in the painting speak his heart.

During the last years of his life, Vincent created several paintings on wheat fields. “The Potato Eaters” is one such painting. The painting has weathered faces and it depicts pain. Probably Vincent is trying to depict his own heart in all these paintings.

Vincent empathize the pain of those working in the wheat fields. They are not his subjects. He feels their pain and wanted to show their emotions in his paintings.

Nobody was able to appreciate the message Vincent created through his paintings. The writer says that this world is not right place for a beautiful person like Vincent as they failed to appreciate his thoughts.

Very few in the modern world are trying to appreciate the artworks of Vincent. However, we still have a long way to decipher the messages he has hid in his art. The messages speak emotions and are true!

Meaning of the song “Vincent” by Don McLean

The song clearly expresses sincere admiration not only for Van Gogh’s work, but also for himself as a person. There are references to his landscapes in the words, such as in the lines “sketch the trees and the daffodils” (“make a sketch of trees and daffodils”) and “morning fields of amber grain” (“morning fields of amber wheat”), describing yellow wheat – detail of some paintings. There are also some lines that may hint at van Gogh’s self-portraits. Thus, perhaps in the words “weathered faces lined in pain / are soothed beneath the artist’s loving hand” (“weathered faces, wrinkled from suffering, / soften under the artist’s loving hand”), McLean suggests that van Gogh could find some solace in creating self-portraits. Also shown here is the artist’s most famous series of works, “Sunflowers”. The line “Flaming flowers that brightly blaze” not only paints bright oranges and yellows for us, but also creates powerful images of the sun itself, blazing and shining, encapsulated in the flowers and the painting.

In the first two choruses, McLean pays homage to van Gogh, reflecting on his lack of attention: “They would not listen / they did not know how / perhaps they’ll listen now.” maybe they’ll listen now”). In the last chorus, McLean says “They would not listen / They’re not listening still / Perhaps they never will.” This is the story of van Gogh: he was not recognized as an artist until his death. The words suggest that van Gogh was trying to “set [people] free” with the message of his work. McLean believes that this message cleared things up for him. He sings: “And now I understand what you tried to say to me” (“And now I understand what you tried to tell me”). Perhaps this is one of the possible understandings that inspired McLean to write the song.

The song is also believed to describe van Gogh’s difficult relationship with his family. It was a wealthy family that didn’t recognize him because of his bipolar disorder (“for they could not love you”) and never understood his desire to help the poor. It is believed that van Gogh was convinced that by killing himself, he would be able to attract the attention of his parents. This can be seen in the line “Perhaps they’ll listen now” (“But maybe they will listen now”).

Another theory is that the lines refer to van Gogh’s relationship with Paul Gauguin, with whom he, like many others, had a difficult relationship. This relationship was so strong that it led van Gogh to think that it would be wise to cut off part of his left ear, as a sign of Gauguin’s departure from his life and heart. This led to Gauguin, who also had severe bouts of depression and suicidal tendencies, to distance himself from van Gogh, plunge the already troubled artist into a schizophrenic depression, which theoretically became “the straw that broke the camel’s back.” 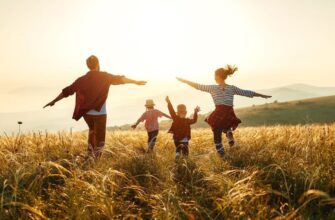 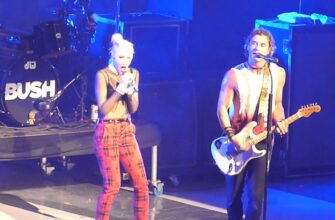 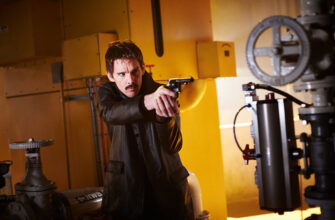 Films
“Predestination” movie explained (meaning of the plot and ending)
“What have I just watched…?”
0 3
You may also like