The meaning of the song «Shallow» by Lady Gaga, Bradley Cooper 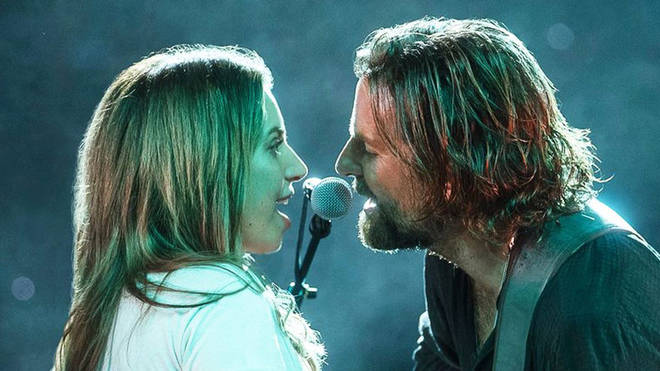 The song “Shallow”, performed by the famous American singer, songwriter Lady Gaga and actor, director Bradley Cooper in the film “A star is born” had a huge impact in the field of pop culture and mass media. She became the record holder for the awards received. The song flew around all continents and took the top line in many music charts. What is the story of the song “Shoal”?

“Shallow” (translated as “Shoal”) was written specifically for the movie “A star is born” (“A star is born”). The idea of ​​the song belongs to Lady Gaga. The fact is that Bradley Cooper invited her to play the role of the main character in his film.

It was 2016. Lady Gaga was then in the studio recording her new album Joanne. She worked for Mark Ronson, Andrew Wyatt and Anthony Rassomando. Benjain Rice co-produced the single with Lady Gaga.

Mark Ronson is very famous in the American musical environment as a musician, DJ, producer, author of many songs written for famous performers. He has worked with Amy Winehouse, Adele, Lily Allen, Bruno Mars, Miley Cyrus and other stars.

Interesting fact: Lady Gaga stopped working on her own album in order to write the soundtrack for the movie A Star Is Born.

In the studio, the singer asked the team to stop work for a week. She shared that she is involved in the work on the Bradley Cooper film A Star Is Born. The film needed a song and she wanted the guys to help her with this. Mark Ronson was a bit embarrassed as he didn’t know if it was possible to delay the recording of the album for a week. All deadlines have been booked. Moreover, it was not yet known whether the film would be released at all. However, when Bradley Cooper himself came to the studio, Mark agreed to everything. He is a longtime fan of the actor’s work and he wanted to collaborate with him.

An interesting fact: In the film, Bradley Cooper sings himself, no one dubs him. The actor took vocal lessons for a year and a half to prepare well for the performance.

Bradley Cooper was delighted to work with such a strong creative team. Even despite the risks in the current work on the Lady Gaga album, Mark Ronson and colleagues agreed to participate in the work on the song. The actor was flattered and grateful to them. Thus began work on “Shallow”.

Interesting fact: Bradley Cooper’s character was originally supposed to drown in the script for A Star Is Born. Then the script was changed, but this is what prompted the authors of the song “Shallow” to think about immersion, water and depth. And where there is depth, there is shallow water.

Lady Gaga recalled that there was some amazing creative atmosphere in the studio, which greatly inspired her. And so the group in the studio sat and thought about the text. There was silence. And then suddenly Lady Gaga said: “Tell me something, girl” (“Answer me, girl”). This is the first line of the song. The singer seems to be addressing her character in the film.

Interesting fact: Lady Gaga herself said in an interview that when writing “Shallow” she had to separate herself from the heroine. In the film, on the contrary, playing Ellie, the singer needs to get used to the image and become her. Here Lady Gaga was the author, so an outside perspective is important to see the whole picture.

A group of musicians worked in the studio as usual. They tried to pick up a melody, experimented with instruments, sound, talked a lot. And then they realized that the song should have dialogue. The film tells the story of a man and a woman. Therefore, the song should have a conversation between the characters. So there were lines where Ellie and Jackson ask each other questions, recognizing themselves in each.

Fun Fact: “Shallow” was originally intended as an end credits song. When the script was changed, it became the song of two lovers.

“Shallow” is written in the genre of dialogue. This dialogue shows the relationship between the main characters in A Star Is Born. The song allows the viewer to understand the feelings of Jackson and Ellie. They don’t talk about them directly in the movie. Therefore, the song acts as a kind of intermediary.

In the dialogue, the man asks the girl if she is happy in the modern world or if she would like something more. Then comes a question from a girl. She asks if it is not difficult for him in this world now, if he is trying to fill the void inside himself. Both of them talk about how they want change, but are afraid of themselves. They want to hide, hide in the depths. They don’t want to go back to shallow water anymore. It is good for them to be away from the rest who are floundering in “shallow water”.

Here you can draw an analogy with the Russian phrase “to be aground”, that is, to be in a difficult position. Most often this phrase is used for financial difficulties. You can also say “be broke” when a person is in need, without help, in distress.

READ:  The meaning of the song «Government Hooker» by Lady Gaga

And in the song “Shallow” the heroes are tired of life’s problems, they don’t want to feel lost and lonely anymore. They find each other, but are afraid to confess their feelings. And they feel the same. Finally, they found a kindred spirit. Therefore, it is so good to go together to the depth from the accumulated problems and all the petty people.

This song shows the characters of the film that they are similar and with their words they support each other. Words inspire them not to be afraid of love and themselves, not to be afraid to open up both personally and creatively.

Interesting fact: The story of the film is close to Lady Gaga. After all, she also began her career with fear of showing her talent. She wrote lyrics for songs of other performers for a long time, until she found the strength to admit that she herself could be a performer.

For the first time, listeners heard the song “Shallow” when the trailer for the movie “A Star Is Born” was released in 2018. After watching the film, the audience was inspired by the story of Emmy and Jackson, and the song captured the hearts of people. She became super popular. The song appeared on the music charts in many countries, occupying a leading position. In 2019, “Shallow” received Golden Globe, Oscar and Grammy awards, winning Best Single Song and Motion Picture Soundtrack. Bradley Cooper and Lady Gaga became the best duet of performers.

songs
«London Bridge Is Falling Down»: explaining the meaning behind song and songfacts
A strange children’s song, “London Bridge
0 103

Films
Meaning of the movie “Midsommar” and ending explained
After watching the movie, do you have more questions
0 25
You may also like