The meaning of the song «Shape of My Heart» by Sting

The lyrical composition “Shape of My Heart” by British singer Sting, the fifth single from his album “Ten Summoner’s Tales”, was released in 1993 and almost immediately became a classic hit in the pop music genre.

The meaning of the song “Shape of My Heart” – Sting

Sting, known for his deep philosophical approach to various aspects of life in his work, this time turned to the metaphor of a card game. According to the singer himself, “Shape of My Heart” tells about the thoughts of a card player who is interested not so much in winning as in the mystical logic hidden in the laws of such subtle matters as chance, victory, luck.

The philosophy of the card player does not allow him to show emotions, either positive or negative, and this makes him a rather difficult person in ordinary life relationships. Therefore, in his so poetic, mysterious “Shape of My Heart” Sting could not help touching on the theme of love. But not directly, but rather casually, as if weaving fleeting thoughts about feelings into a philosophical line of reasoning. The hero of the song, a poker player, may seem unemotional and indifferent, but he is not. He’s not used to talking about love, but that doesn’t mean he doesn’t want to. But it is quite difficult for him to do this; after all, he is so unused to expressing feelings that instead of sincerity, his face is almost always “put on” a mask of restraint and indifference. For a poker player, this is perhaps an appropriate quality; but for a participant in ordinary relationships, it is very problematic.

But at the same time, the player does not consider himself some kind of “many-faced” or too feigned – I’m not a man of too many faces, the mask I wear is one (I’m not the one who has many different faces, I only wear one mask).

I know that the spades are the swords of a soldier

I know that the clubs are weapons of war

I know that diamonds mean money for this art

But that’s not the shape of my heart

Thus, “not the shape of my heart” here illustrates the result of the hero’s thoughts about the various selfish and dangerous paths that a person can choose, but if he listens to himself and is not in a hurry to get involved in adventures, he will not fall prey to dubious paths and false goals. . Again, much of what the song’s hero thinks about is part of his “mask” rather than “the shape of his heart.” For example, the “mask” includes the lines:

He may play the jack of diamonds

He may lay the queen of spades

He may conceal a king in his hand

In a sense, “heart matters” are not his forte, but the hero cannot help but talk about them either. And also, through card metaphors, displays what is more suitable for the “shape of his heart”:

He doesn’t play for the money he wins

He doesn’t play for respect

Another interesting allegory is the lines “The hidden law of a probable outcome. The numbers lead a dance ”(The hidden law of a possible outcome. The numbers lead the dance). There is also an idiomatic meaning here: the phrase “lead a dance” in a figurative sense is translated as “lead by the nose”, “deceive”, “fool”. The words “lead a dance” in the hero’s thoughts are used as a designation of his sadly ironic thought that the philosophy of the game can lead a person deceived in his hopes to a dead end in ordinary life.

The video for the song deserves special attention – simple and unpretentious, not at all distracting the listener from the meaning and emotional component. The music video for “Shape of My Heart” was filmed at Sting’s house on a lake in Wiltshire and consists of simple, unobtrusive footage of the song’s recording followed by surrounding scenery. Such a laconic and at the same time soulful visual range fully conveys the thoughtful melancholic atmosphere of the song.

It can be said that “Shape of My Heart” is one of Sting’s most explicit songs, but not from the point of view that he is the hero of the song, but in the sense that he passes through his hero’s reasoning. As Sting said in an interview, “I think that restraint in the desire to express feelings is perhaps part of me, but this composition is more about the zest for life than about the desire to win. I’m not sure I really want to win. I enjoy playing this game for other reasons.”

Refined, light, with a pleasant lyrical sound and elegantly complemented by playing the harmonica, “Shape of My Heart” is a song that grateful listeners still consider one of Sting’s strongest works. 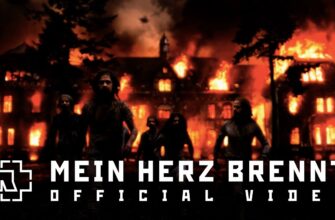 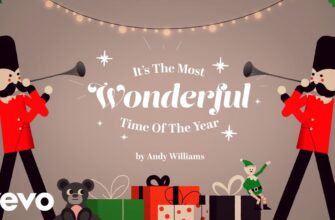 songs
The meaning of the song «It’s The Most Wonderful Time Of The Year» by Andy Williams
What a wonderful, what a wonderful time –
0 50

Essay
Essay on the topic “How to find your way in life”
Today, a person has many opportunities to create a
0 113
You may also like